Robert Halpin, an Irish pioneer of submarine telecoms was born this day, February 16th in 1836 at the Bridge Tavern (still a pub in 2014) in Wicklow Town. 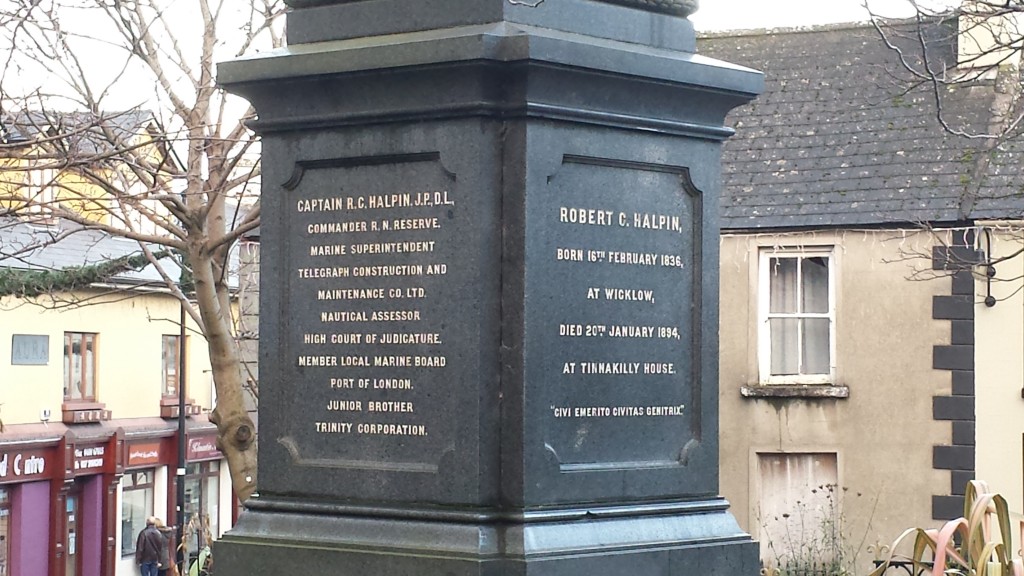 His contribution to the development of international telecoms is well known to the people of Wicklow Town – the Halpin Trail is a walk around landmarks connected to him.

Halpin’s contribution to international telecommunications comes from his position as the captain of the SS Great Eastern.  Built by Brunel, the Great Eastern was an outstanding technical achievement – by far the largest ship at the time – but a commercial failure.  After various incarnations, she was bought for £25,000 by a group of entrepreneurs who then founded the Great Eastern Telegraph Company, subsequently Cable & Wireless.

Imagine a time before international telecommunications.  To send a message from Ireland to the USA in the 1850s would take over a week by ship – and the same again to receive the reply.  However, in 1839 Cooke and Wheatstone gave birth to the telecommunications industry by demonstrating the first working electrical telegraph, and in 1850 the first international submarine telegraph cable was laid between England and France.  The prospect of laying an international telegraph cable from Europe to North America encouraged John Pender and two others to buy the Great Eastern and convert her into a cable-laying ship. 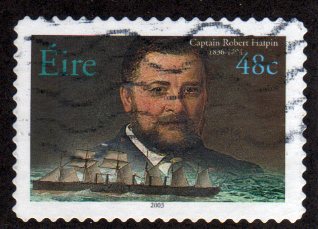 Under James Anderson and later Robert Halpin, the Great Eastern laid over 30,000 miles of telegraph cables, giving us instant worldwide communications for the first time.  Their feats of seamanship include the time when one of their first transatlantic telegraph cables snapped as it was being laid, and was lost.  The following spring, according to the National Maritime Museum of Ireland, after successfully laying another cable to from Valentia to Newfoundland, Halpin navigated the great ship to the exact spot where the cable break had occurred the previous year. The lost cable was grappled, raised and joined to a fresh cable which was paid out to Newfoundland, thus providing a second link from the old World to the new. 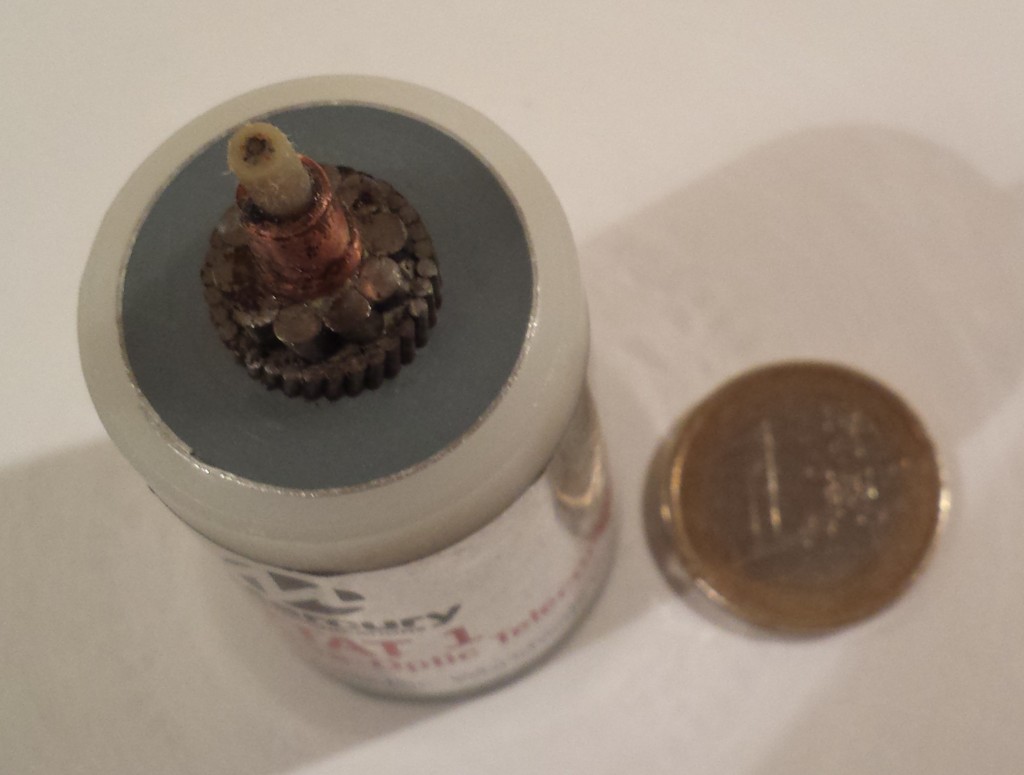 Submarine telecommunications cables are still laid to this day, following in the footsteps of Robert Halpin.  This image shows a piece of the PTAT-1 cable, completed in 1989.  It connected Ballinspittle, Co. Cork and Brean Down, Devon with Bermuda and New Jersey.  The eight coloured dots that can just be discerned in the centre are the four pairs of fibre-optic cables, each capable of carrying 400Mb/s.  Cable ships today are purpose-built and use GPS, ploughs and remote submersibles, and many other technologies not available to Robert Halpin.

In later life, Halpin returned to Wicklow where he built the beautiful Tinakilly House.  He died of gangrene from an infected toe on the 20th of January 1894.

To learn more about the life of Robert Halpin, watch this short video:

One thought on “Robert Halpin, an Irish pioneer of submarine telecoms”